The U.S. Standard Grants Program is a competitive, matching grants program that supports public-private partnerships carrying out projects in the United States that further the goals of the …

The Healthy Watersheds Consortium Grant Program is a partnership that includes the U.S. Environmental Protection Agency (EPA) Office of Water’s Office of Wetlands, Oceans, and Watersheds, the Natural Resources Conservation Service (NRCS), and the Endowment.…

The National Fish and Wildlife Foundation (NFWF) is soliciting proposals to expand and enhance longleaf pine ecosystem restoration and management across longleaf pine’s historical range, as well as the restoration and enhancement of bottomland hardwood forests within priority focal areas. The Longleaf Stewardship Fund is a landmark public-private partnership supported with Federal funding from the USDA’s Forest Service and Natural Resources Conservation Service, Department of Defense, the US…

The USGS announces the release of the Species of Greatest Conservation Need national database. The SGCN lists are part of the State Wildlife Action Plan (SWAP) process and identify the species most in need of conservation action in that state or territory. In total, 16,420 species have been included in the SGCN national list.

A new report is available that focuses on recovery actions for species listed as Endangered or Threatened under the Endangered Species Act. The document, Recovery Plan Review for Downlisting/Delisting, presents 80 multi-species conservation actions to downlist or delist 27 species along the Gulf of Mexico. The actions are taken directly from Recovery Plans and 5-year review… 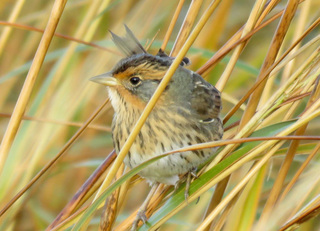 A new paper published by a team of scientists from the U.S. Geological Survey and U.S. Fish and Wildlife Service in Ocean & Coastal…

The Tampa Bay Estuary Program (TBEP) is seeking qualified applicants for the Executive Director position. This is a full-time position responsible for ensuring the efficient and fiscally-responsible operation of the TBEP. This job supervises the managers of TBEP’s technical projects, its public education and outreach initiatives, and its program administration function.

The successful applicant will have demonstrated experience in effectively managing…

NC State University hosts the DOI/USGS Southeast Climate Science Center (SE CSC) and is beginning its phase 2 science planning to cover 2018-2023 and beyond. We are looking for your input on science and management needs related to strategic issues and problems that fish and wildlife agencies face in the southeastern US. Your guidance will help NC State University better meet its agreement for hosting and supporting the science mission of the SE CSC.

New workshop on data management in movement ecology, which will be held on May 8-12 at the University of Florida Ft. Lauderdale Research & Education Center in Davie, Florida.  During 5 days participants will learn how to set up a database system using PostGIS, and how to unleash its power by interfacing it to clients such as QGIS (visualization and GIS) and R (analysis). The entire training will be based on a real-world dataset (roe deer monitored using GPS telemetry and accelerometers,… 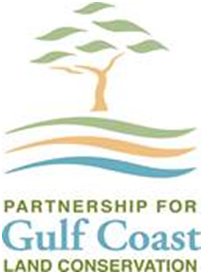 Conservation News for the Gulf of Mexico Region

From The Nature Conservancy Florida:

The Nature Conservancy announced the first steps in a three-year effort to design an oyster habitat restoration project along 6.5-miles of shoreline in East Bay near Pensacola, Florida. The Conservancy is partnering with CH2M and Ecology and Environment, Inc., to monitor, design and permit the…

From the Atlantic Flyway Shorebird Initiative:

The Atlantic Flyway Shorebird Program has approximately $975,000 to award in funding for grants this year. The majority of awards under this program will fall in the range of $25,000 to $250,000 range. However upper or lower limits to award size are not specified. A minimum of a 1:1 non-Federal match of cash and/or in-kind…

Human Dimensions of Natural Resources Conservation addresses the relationship of people to the land and wildlife. In this series, we introduce you to the subject through educational broadcasts. The broadcasts provide up-to-date academic theory and on-the-ground natural resource management…

A new handbook of drought indicators and indices from the Integrated Drought Management Programme (IDMP) was recently published. The handbook, intended as a resource guide for practitioners, was developed by Mark Svoboda and Brian Fuchs of the National Drought Mitigation Center at the University of Nebraska-Lincoln. Access the handbook here:…

Most Popular News and Views